Have you been looking for a motivational story? A story about someone who exemplifies never giving up, determination & mental fortitude to brave any obstacles they may encounter? Then let me introduce you to Chie Dambara! 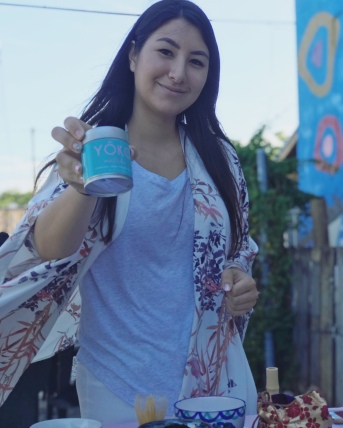 Chie has a Japanese/Spaniard background & has been all over. She actually lived in Madrid, Spain & in Tokyo, Japan as well in her earlier years in life! She had lived in New York for a little while as well, but then moved on down to Miami because that is where all her doctors are located. Doctors? You heard right; Chie moved to Miami so she can deal with her breast cancer preemptively. Now, she didn’t have breast cancer yet, but she tested positive for the BRCA1 gene which would increase her chances of developing breast cancer later on in life; so being proactive, she moved to Miami and had a double mastectomy in her early 20s; but being the amazing person she is, she didn’t let these obstacles she encountered keep her down. She knew that with all the follow ups and appointments she would have to make, she couldn’t really have a normal desk job; so what did she do? She started Yoko Matcha!

But why matcha? Yoko loved her grandmother (Yoko Dambara) and her heritage from Japan and wanted to spread that love through matcha. “Matcha is traditionally consumed in a Tea Ceremony in Japan, a cultural activity involving the ceremonial preparation and presentation of matcha, a powdered green tea. Taking an interest in this traditional ritual, Yōko started practicing this as a hobby at the age of 14. In her 60’s, Yōko eventually became a master Sensei of the traditional Japanese Tea Ceremony. Today, Yōko Matcha is brought to Miami with the inspiration of Yōko in mind, fusing the tradition of matcha with local culture, and promoting the many health benefits of drinking matcha to the public.” 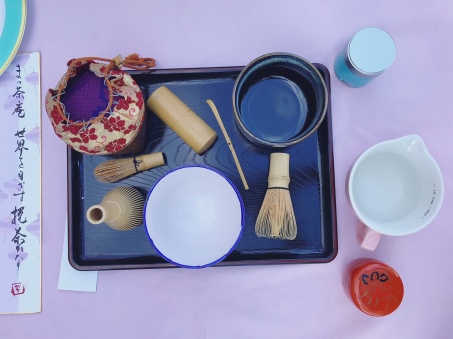 Matcha is believed to be the king of super foods. It is an antioxidant, it boosts metabolism & you get a no jitter energy boost! Matcha contains Polyphenols, a natural antioxidant that has been tied to its anti-aging properties, as well as the protection against heart disease and cancer. It also aids in blood sugar regulation and blood pressure reduction. Catechins in matcha — also know as ECGC, EGC, ECG, and EC — have been shown to boost the metabolism, increasing fat burning by 17%! And match also has 3 times the caffeine of a cup of steeped tea? That is the equivalent of 1 cup of coffee! Thanks to a natural relaxation inducing substance called L-Theanine, you won’t feel any jitters from drinking matcha. 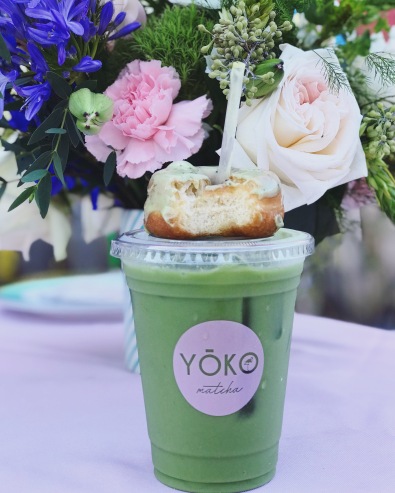 And did you know there are actually 3 grades of matcha? There is the culinary grade, the premium grade & the ceremonial grade. Like it’s name suggests, culinary grade is meant to be used for baking and cooking; premium grade is considered an everyday use matcha that pairs well with blended drinks & the highest quality matcha tea grade that has been used for centuries in the traditional Japanese tea ceremonies. And the great thing is that you won’t find nothing but the ceremonial grade matcha at Yoko Matcha for all her prodcuts.

Here are some of her offerings from the store:

Those were some of the tastings that we were offered at the media event, but they also offer: Matcha pastelitos, Matcha chia pudding, Matcha cereal bowls, Matcha acai bowls, & Matcha vegan tarts.

In Japan, tea ceremonies are held for special occasions and usually have a theme, such as a word or phrase, to celebrate the good in life; and each time you visit Yoko Matcha, it’s like you’re getting your own personal tea ceremony. So please, if you’re ever in the neighborhood and are looking for an amazing treat to boost your spirits and have a great time, stop by Yoko Matcha!