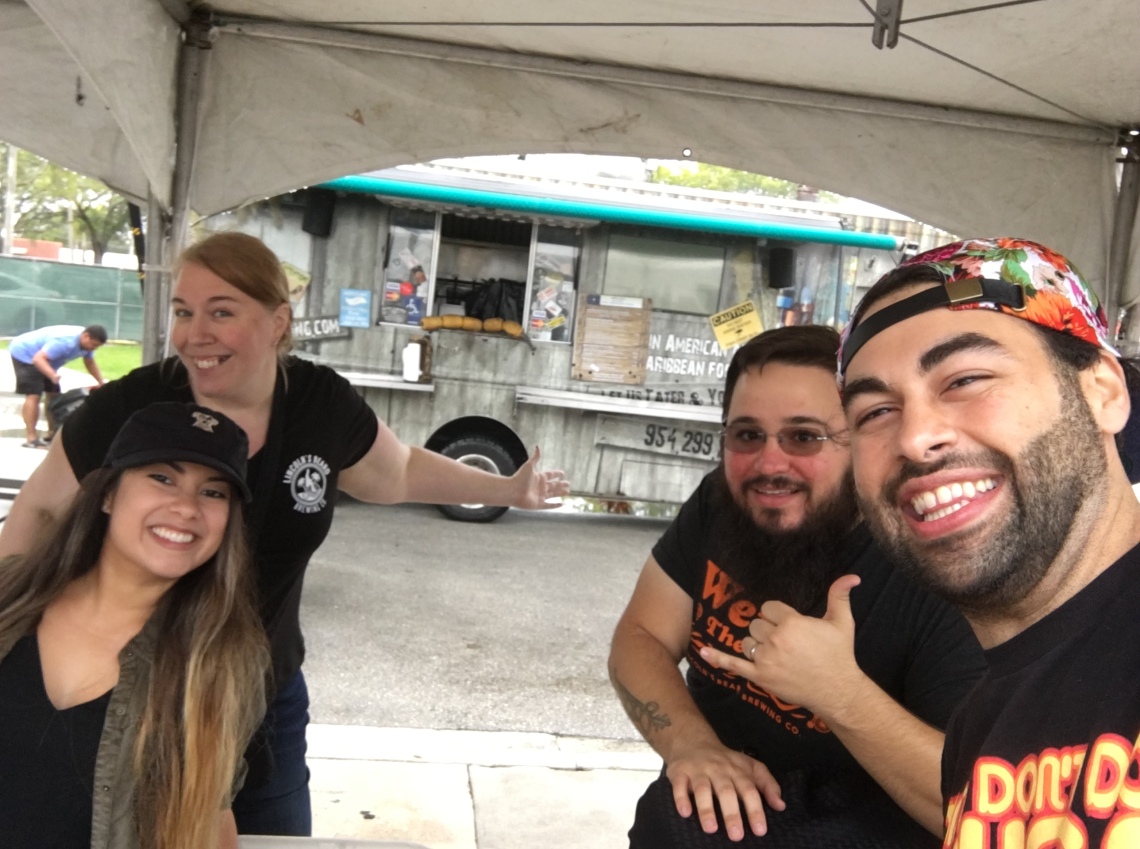 If you’re a fan of craft beer or just an all around good time, than you should have been at Nomi Brew fest this weekend!

Well let me tell you what you missed out on!

About Nomi- From The Site: North Miami BrewFest is a one-day beer festival featuring some of the best craft breweries and their one-of-a-kind beers. Its mission is to help continue to influence brewing science education and innovation for the craft beer industry, brewpubs, and homebrew organizations. The event includes several educational seminars delivered by faculty and top industry experts who share unparalleled expertise and passion for beer brewing and the science behind it. NoMi BrewFest began as a student project, led by hospitality management students at the Chaplin School of Hospitality & Tourism Management at Florida International University. Proceeds from the North Miami Brewfest support the FIU Chaplin School of Hospitality and Tourism Management and its Brewing Science program. 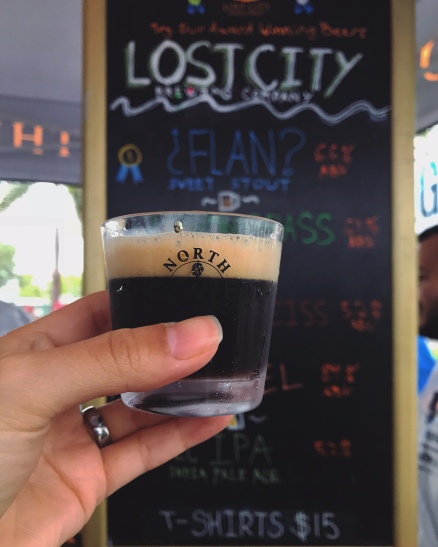 While some of the brewers listed above have taprooms ready to serve, some are in the process of getting theirs setup, so you definitely need to keep an eye out for these guys and gals in the near future! 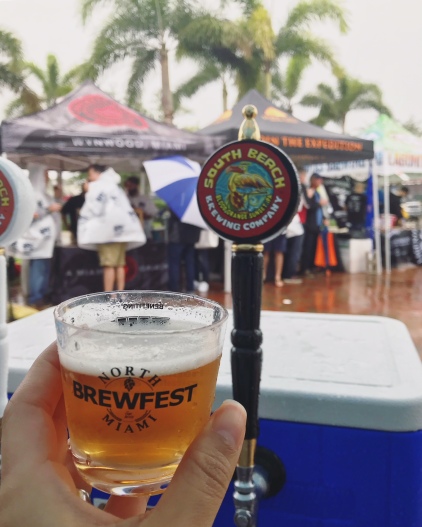 @2:00pm you had “Can You Taste The Difference?” which was hosted by Matt Waldron, Vice President of M.A.S.H. Matt Waldron from the “Miami Area Society of Homebrewers” leads a beer tasting where participants compare identical brews made from different water sources. Think you’ll be able to taste the difference?

Food & Activities: You had a live performance by “New Rock Soul” which was jamming out during the fest & you had quite the selection of food while you were there; the food trucks on site were: 305 Vibe, Mad Chiller, Poke-Che, Ipeks Wykked Kitchen, Tacos Veracruz & Mateos Pizza; And if you bought the VIP pass, you got a nice little tent set off to the side with a perfect view of the sound stage with food from: Bulldog Barbecue, Cane A Sucre, Finga Licking, KC Healthy Cooking, Lady Fingrs, Tomato & Basil, Alaska Coffee Roasting Co, Evios Pizza & Grill, Lo De Lea Argentinian Grill & Wingstop.

Price: The price difference between GA (General Admission) & VIP was worth it. If you bought GA tickets, they were $40.00 & you received access to the festival from 12-4pm & unlimited sampling of all beers, beer seminars, access to food trucks, vendors and live music, lawn games, commemorative tasting glass & free parking; But if you spent a little more for the VIP at $75.00 you received access to the festival an hour earlier from 11-4pm & all general admission benefits, VIP tent with unlimited food samples (vendors listed above), limited edition BrewFest T-shirt, & a limited edition commemorative beer mug.

On of the sponsors was Billys Pub Too which was literally right next door to the festival & the MOCA plaza; you also got a free drink after the festival ended as well!

The bathroom situation could have been a bit better seeing as they had the event set up for a ton of people. There was one AWESOME air conditioned trailer, but the lines did end up getting pretty long after a while because there was only the one trailer & the cop station next door stopped letting people go in after a while; Billys had their restroom open for festival goers, but the 2-3 minute walk to get there, use the restroom & walk back to the festival became tedious when you had to use the restroom more than once or twice.

Honestly, even with the pouring rain the first hour of the event, it turned out to be AMAZING. Met some great brewers, tasted some amazing beers and just had an all around great time with my forever plus one, eatingwithlittlemariii, and all the new friends we made that day. And don’t worry folks, if you missed out on the festivities this year, Nomi Brew Fest signed a 5 year lease (counting this one) with the MOCA (Museum of Contemporary Art- North Miami) plaza.

Till next year my friends… 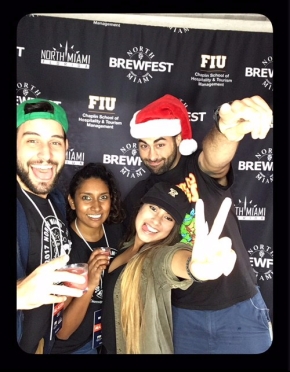