And the fests just keep on coming.

This time around Little Mariii and I hit up the SFL Hops 3rd annual beer fest which was hosted by Bousa Brewing Company!

One thing I have to say about this fest that was different than some others we have visited in the past was that the first vendors you walked by as you strolled into the fest were ALL homebrewers.

And what was even cooler was that with your purchase to the event you received a ticket to vote on which homebrewer you liked best and a winner among all the homebrewers that were competing was crowned at the end of the day! And even better, a portion of the proceeds from the event went towards Animal Aid, Inc. which is a non-profit, no kill animal shelter! And even more amazing than an event with beer and that’s promoting a good cause was that there were animals from the shelter present at the fest at the SFL Hops tent!

The festival featured 30 breweries (homebrewers, local breweries & bigger breweries as well; all listed below) pouring their beers & mead; and they also had food trucks and live music to just keep on making your purchase all the more worth it.

The General Admission ticket price was $31.61 (taxes included) & the VIP ticket price was $47.45 (taxes included). The GA ticket gave you admission into the festival from 2:30-6:00PM, ticket for the People’s Choice Homebrew Competition, access to the food trucks, beer games & music as well. The VIP ticket gave you everything from the GA ticket plus, it got you into the festival a littler earlier at 2PM, a free beer pour at Bousa Brewing after the event was over, entry to the after party at Bousa and access to the VIP bottle share that you were permitted to bring two dope bombers to trade with among like minded craft beer fiends. What was probably a lot cooler than everything mentioned above, was that if you had the VIP bracelet, some of the vendors that were pouring brought along specialty releases that only the VIP ticket holders had access to.

Craft beer not really your thing? Don’t worry?! Aside from the vendors mentioned above that were pouring mead, you also had a selection to choose from with vendors like: Schnebly Redland’s Winery and PRP Wine International South Florida. And some other vendors that were in attendance were: BREWtiful Apparel, Brew Grooming, Top Golf (I spun the wheel and won a lifetime membership!!!), and Sparkling Ice too.

Aside from putting together a great fest that brings together craft beer lovers to enjoy our beautiful weather and some amazing beers; SFLHops has hosted over 210 events over the past three years. The primary goal of the group is to support local craft beer and to bring awareness to the local craft beer scene through social media and events like this one. Some past events included SFLHops organizing people to attend different festivals and events of other breweries as well. However, SFLHops also organizes many of its own events such as brewery or bar crawls, an international food and beer crawl, tastings, pairings, tailgate parties, bottle shares, and many more; people can find all upcoming events as well as view photos from past events at: https://www.meetup.com/SFLHops/ Or check out their newly released website at SFLHops.com. 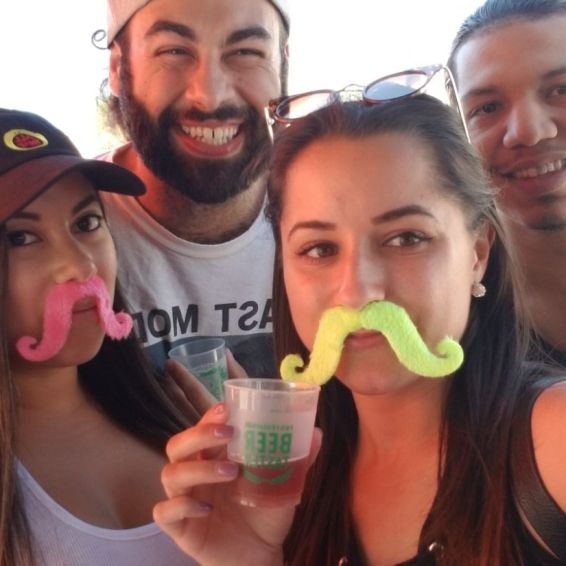 Honestly, this was a well set up event and I can’t wait to be back next year!

Till the next one my friends,