Typically when you go out to a restaurant and you finally come to a decision on what you’re going to eat that night your server would first bring out the appetizers, then the main course and finally, if you still had any room left over, dessert. Most places nowadays though serve your plates “Izakaya” style; izakaya is actually a type of informal Japanese pub, they are casual places for after-work drinking and have been compared to Irish pubs, tapas bars and early American saloons and taverns.

Now what happens when you order at an izakaya style restaurant is that as soon as the dish is prepared, your server will grab it from the kitchen and bring it to your table; there’s no waiting for the rest of the tables’ order, once it’s done, you’re served. What makes that style of serving so great is that sushi chefs are all about freshness. The longer the sushi/nigiri is sitting out after it has been prepared, the more the taste changes; so the quicker you get your rolls out of the kitchen the better the experience you will receive. 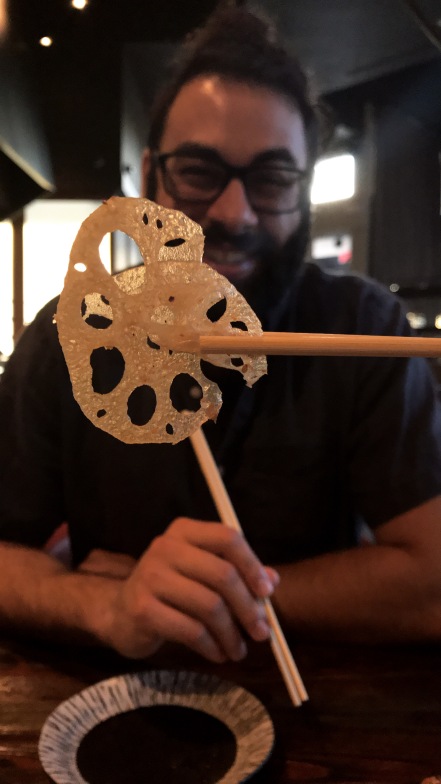 This is the type of service you will receive when you walk through the doors of Dragonfly-Doral. They have another two locations that started first in Gainesville (with a sushi centric menu) and then in Orlando [with a robatayaki (Japanese charcoal grilling) style menu], but this post is about the experience that we received at their third location that founders Hirofumi P. Leung and Song Y. Kim opened up here in Doral (with a Japanese fish market menu) under the Imagin Asian Restaurant Group.

Dragonfly was chosen as a name for its significance in Asian culture as a symbol of grace, beauty, and enlightenment. Their motivation is to always be improving (kaizen) which is the spirit that drives them. They fly fish from Japan, gather produce from local farms and will only get the freshest ingredients to serve to their customers. Their reputation rests on the creativity of every dish and drink that they can conjure up; they find joy in every meaningful connection they establish and purpose in every detail.

From the moment we were greeted at the door, to when we were shown to our table, to when we the dishes and drinks that we were about to indulge in were being described to us about how they were prepared was a collection of moments that led up to one whole exquisite experience. And honestly, nothing less would have been expected from the Floor Manager Kai Nguyen who was voted as Zagats “10 Servers you need to know in Miami” back in 2017. While he has received a promotion since then, he carried over his exemplary service skills and now applies them (and teaches it as well) to everyone on the wait staff and throughout the entire restaurant.

What was insane was that while he was helping us and making sure Marilyn and I had an amazing time, he was darting back and forth throughout the rest of the restaurant and making sure everyone was having as great a time as we were.

The tasting menu we got to try while we were at the restaurant was a prix-fixe chef selected menu where each dish prior built up the the next dish one prior that ended in a well rounded experience. Below is the menu we were served:

The lightly battered fish and and crunchiness of the chips were a great jump off to the meal. They give you nice chunks of fish and the sauce is made in house.

The pan seared gyoza was so delicious. The bonito flakes atop of them danced as they were set in front of us. It was hot and fresh and oh so delicious.

The omakase (chefs choice) of nigiri rolls were so fire. Kai gave us the run down on the rolls to try in order. We HAD to add a bit of wasabi to each one so we could get that little kick. Each fish was so “fresh” and I quote fresh because people think fresh means straight out the ocean, no, you have to wait a time like 7-10 days for the best taste of the fish to come out.

The hamachi is a type of fish and it was a simple setup but everything mixed together amazingly and the fish kind of just melted in your mouth.

The wagyu short ribs were braised and each bite you took had a layer of flavor from every other ingredient in the dish.

The enoki mushroom you feel like should have been served in the beginning of the meal, but you’re wrong. Kai explained that this was served next because it was setting up the final dish in the meal… 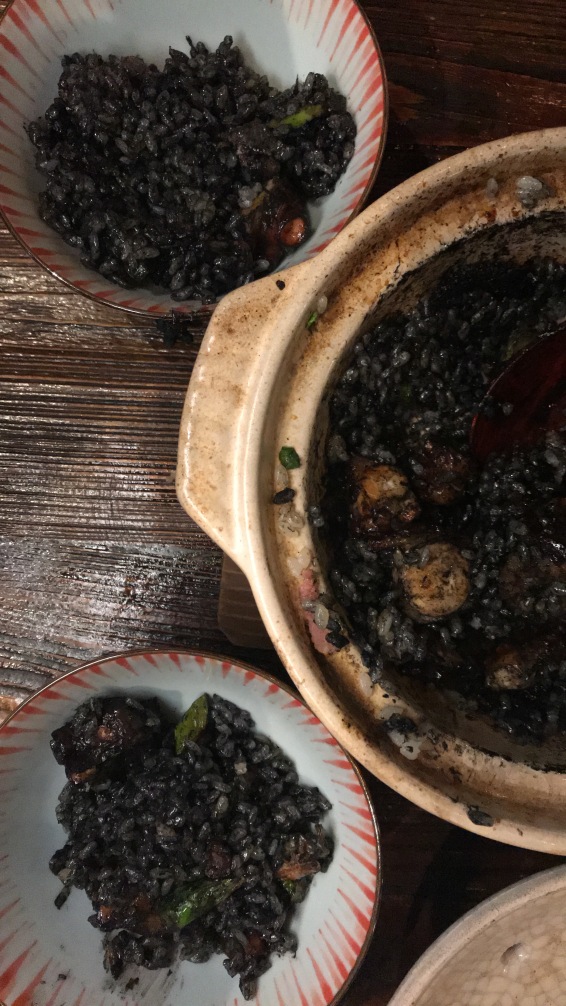 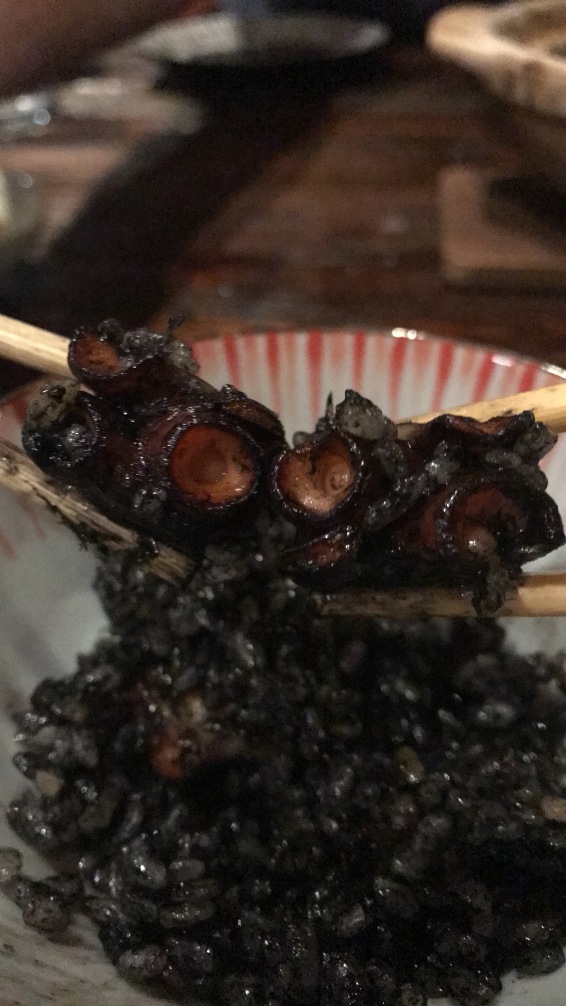 everything was brought together in the bowl you see above and mixed together. and it was PHENOMENAL. Kai mixed all the ingredients together and as pictured above you see the suckers from the tentacles of the squid, how the rice became a midnight black from the ink that was mixed in, there were THICK cuts of bacon and the asparagus was so so it kind of just melted. 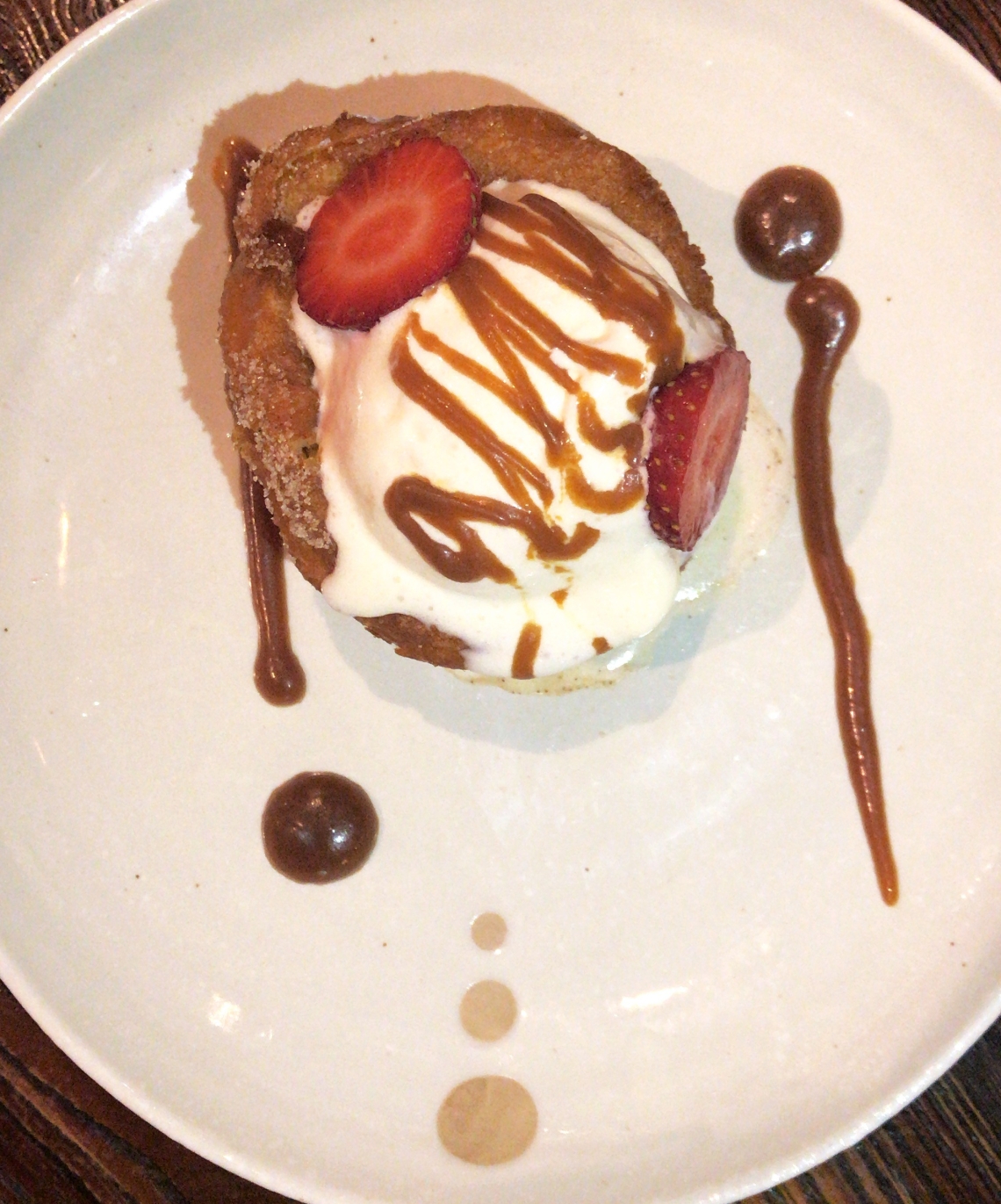 And this was the final dish, we were so stuffed at this point, but we had to have it. It was crunchy, soft, cold and sweet. Everything you could have wanted in the taste roller coaster we had just embarked on.

A picture is worth a thousand words…

… and I had to show you how happy we were having had the chance to experience the tasting menu at Dragonfly-Doral because I cannot begin to explain how amazing it was.