I have had the pleasure of walking into the taproom of Barrel of Monks twice thus far and each time I walked through those doors, it was better than the last. 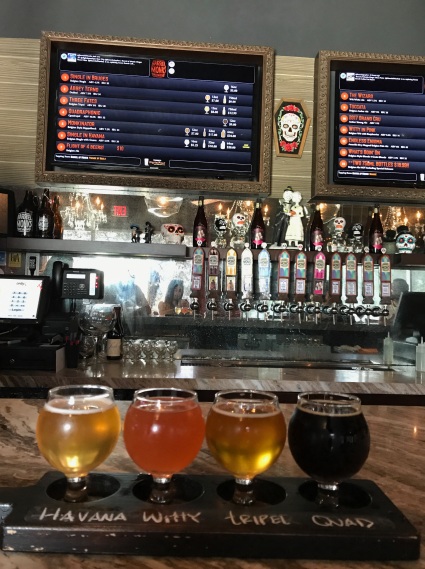 The first time I had the pleasure of checking out Barrel of Monks, I was with my lovely wife Marilyn and we were just brewery hopping across Boca Raton and ended up spending the most time at Barrel of Monk; the main reason being that the taproom has an intimate atmosphere with vibes & customer service that will keep you coming back for more.

The second time I had the pleasure of being at Barrel of Monks was during their “Wet & Wild Summer Beer Bash”! During that event they had closed off their parking lot, had several vendors, a jockey box station and even a draft van for all your beer craving needs! You could have either paid $5 for a single beer ticket or $45 for unlimited pours throughout the whole event and I’m sure you can already guess which option I chose.

There was a PLETHORA of beer during the event; 40+ beers as a matter of fact, including several treatments of their Wizard Wit which is a wheat beer brewed with orange peel and coriander. Along with the many options of beer you could have chosen from, they had a slip and slide zone, a DJ, two food trucks and enough activities for you and the family to enjoy all afternoon.

Among the many activities I was able partake in, I had been able to sneak in an interview with one of the main monks himself, Kevin Abbott. Kevin is the director of operations, responsible for all aspects of operations of the brewery, including sales, production, and staffing. Kevin was originally headbrewer at Funky Buddha Brewing Co and was there working at the lounge when it had started on their one barrel system. After having had worked there a while, the three other head monks approached Kevin with the idea of opening Barrel of Monks. While Kevin waited for things to fall into place, he worked for Due South Brewing Co for a year and a half and as he stated it was one of the hardest decisions of his life to leave Due South behind. So much so in fact that the day he said his goodbyes, he had cried, but was happy in knowing that the reason he was leaving was to start his own brewery with Bill Mcfee, Keith Deloach & Matt Saady.

Bill McFee is a trained brewmaster, who is responsible for recipe design and supervises processes in the brewery; Keith DeLoach is an entrepreneur with a wealth of knowledge and experience in many arenas; he maintains the brewery’s forward momentum & Matthew Saady is a scientist by heart and dedication; Matt oversees lab activities that include yeast management, quality control and yeast strain development. 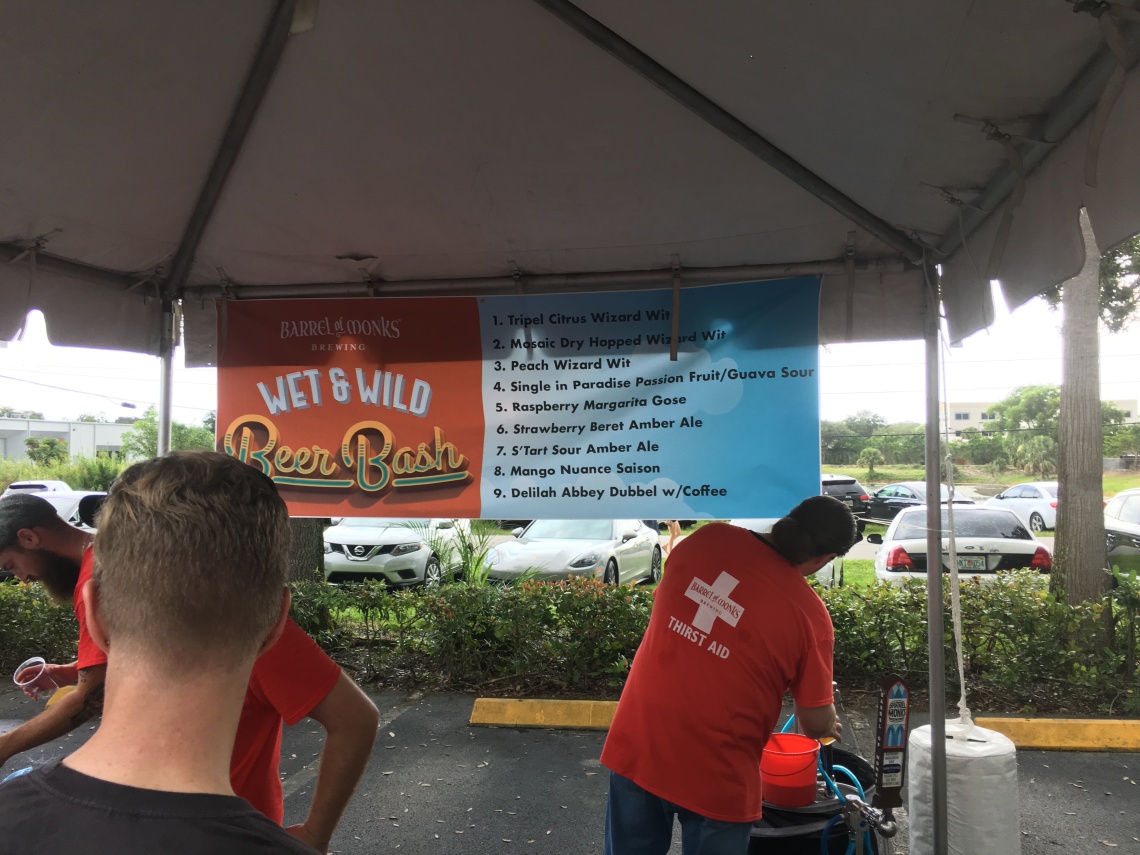 Back in the day, Bill, Keith & Matt would constantly travel back and forth from FL to Belgium in search of great beer. This was around the time that Florida was a beer wasteland and they would even go through the lengths (and costs) of shipping boxes of Chimay back to FL so that they had some good beers to sip on while planning their next move. As this was starting to get too expensive, they put pen to paper and came up with the idea to open up their own brewery here in Florida that specialized in Belgian Ales. They wanted to hone their skills and show the love and affinity they had for trappist ales by brewing true to style beer with modern technology.

Speaking of modern technology, they recently put in a new bottling line so they can feed the demand of their beer across the state. Along with the new bottling line, they have two new fermenters coming in and are redistributing tanks around their current facility to make space for the new fermenters and for new equipment in the future. Barrel of Monks is available North of Orlando to the West Coast of Tampa & from St. Petes down to the Keys. They cover about 75% of the state currently and in the next year or so are hoping to be distributing across all of Florida. As more people get to try their beer and as the demand for their beer has grown, they’re learning how they can grow in the most sufficient way without having to sacrifice quality. 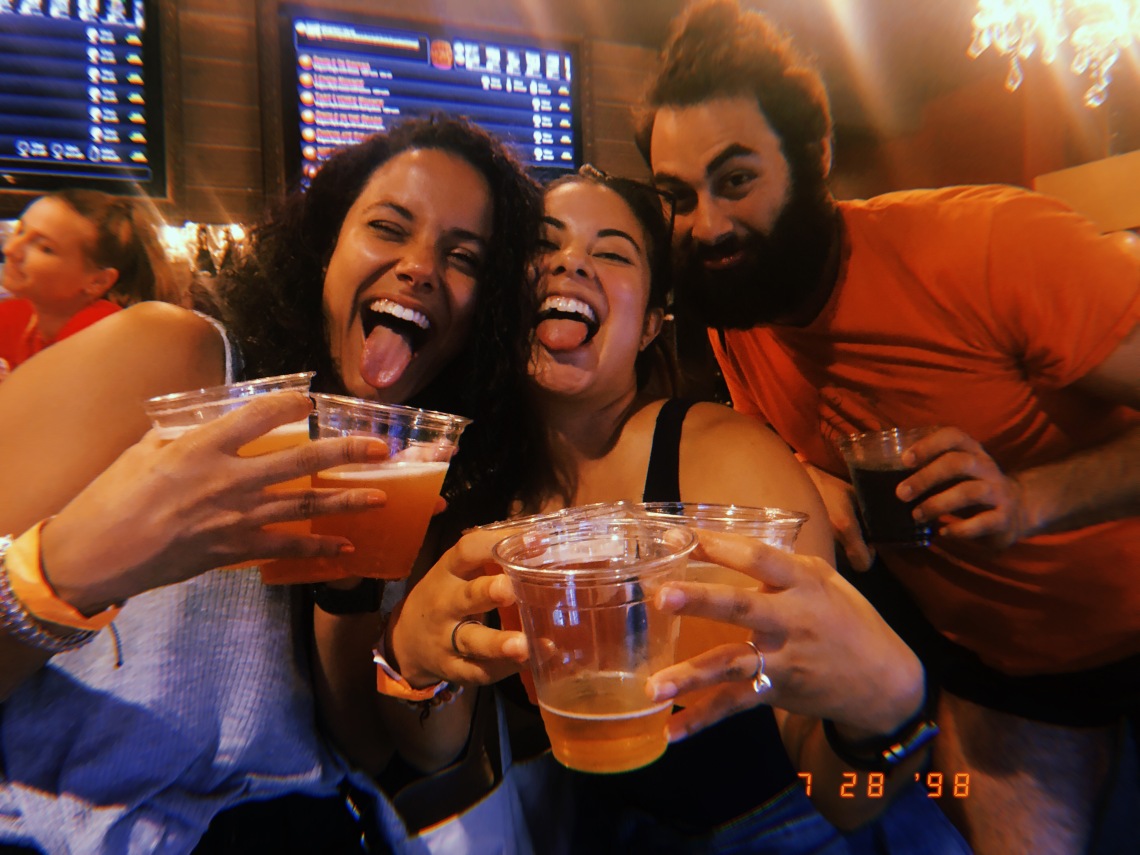 While focusing on growth and getting their beers to as many people as they can, they are also big with supporting their local community and especially working with nonprofits. Two of the main monks are radiologists and half the proceeds of their “Witty In Pink” (Raspberry Witbier) keg sales go to DCA For Health which is a non profit (501(c)3) charity which believes in creating healthier lives in South Florida. Not to mention that they are also teaming up with Tap42 who will put “Witty In Pink” on tap and portion of the sales they earn from that beer will go to DCA for Health as well! 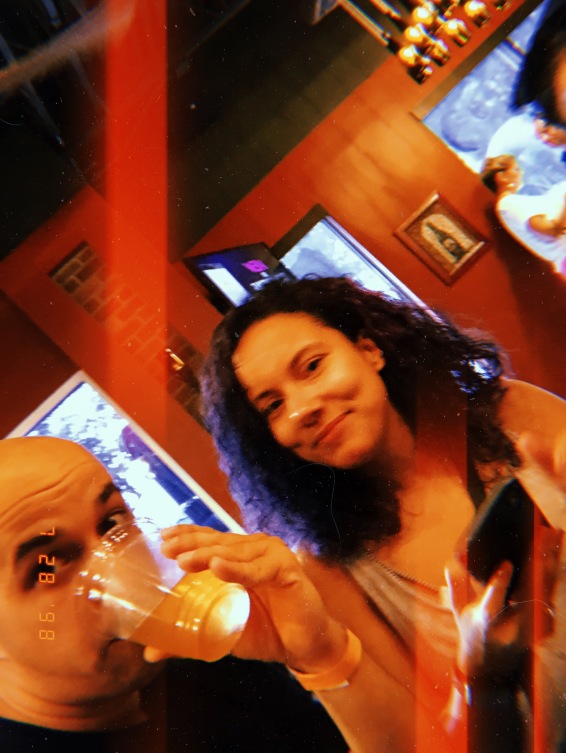 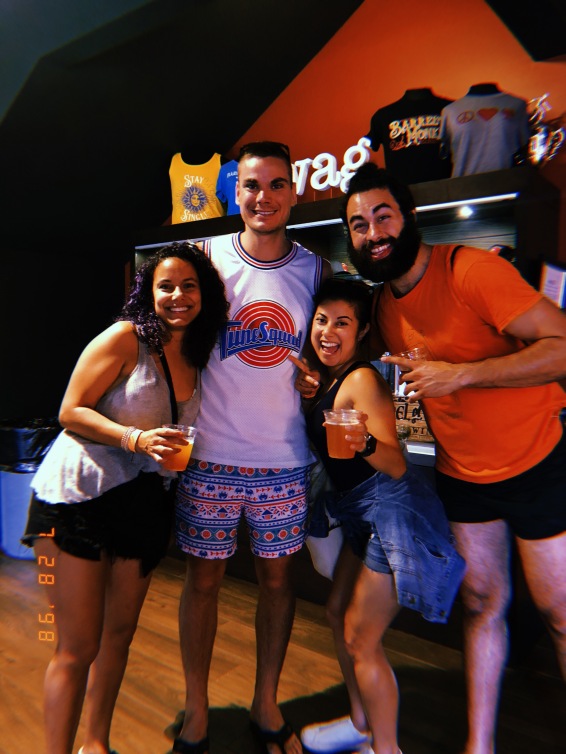 Other than all that they do with and for the community, I think what stuck out to me most was the the attention to their craft. Kevin had said earlier in the interview that “we wanted to brew a specific style of beer and be GREAT at it.” Kevin Squires is currently the headbrewer over at Barrel of Monks and Abbot had also said that “even though we love what we have with our recipes, we’re never done fine tuning them; there is ALWAYS room for improvement.” Which is a statement I completely conquer with. If you feel you have already brewed the perfect beer, why would you continue to brew?

Abbotts favorite beers to brew were Singel In The Sun, The Wizard Wit & the Nuanuce Saison, beers that are stripped down, simple, but ones that packed a flavorful punch. One thing that gave me an AHA moment was when I asked Kevin what would typically be his go to beers to try when he travels and checks out different breweries, and he had stated that he would go and order the simplest beers that had on draft. He would go for their Kolsch, their Lager or their Blonde Ale and base whether or not he would stay for another beer after tasting that first one. He said simply “if they can brew a simple beer well, I will continue to try their other beers.” Which is absolutely true! With all these complex beers on the market, the coffee imperial stouts and such, you can hide a flaw in your brew, but with those simple, easy beers, you can’t hide ANY of your mistakes.

Having been to the brewery, trying the beers they had on tap and learning about the new beers that will be coming out soon, you can tell that the monks are striving to be the best they are in their craft and when you think about American Belgian Style Ales, they want you to think of Barrel of Monks.

So all in all with the ambiance of the brewery and the beers we were served I would give Barrel Of Monks 5 out of 5 piggys!